Packaging In The News

“Burying our rubbish in huge pits in the ground is no longer an option in the 21st Century, says Stuart Wardlaw. In this week’s Green Room, he argues that a range of measures – some more popular than others – is needed if the UK is going to get on top of its waste problem.

Our consumer culture does nothing to help our overflowing landfills. Research reveals that Britain is still considered the “dustbin of Europe” because it is still dumping more household waste into landfill than any other EU nation.

It threw away a staggering 22.6 million tonnes of rubbish in 2004/5; in fact, Britain sent the same amount to landfill as the 18 EU countries with the lowest landfill rates combined, despite these places having twice the population of the UK.

Britain’s failure to invest in the more sustainable waste management practices based on the three Rs – re-use, recycle and recovery – has lead to an excessive dependence on landfill.  But these days are fast disappearing. ” 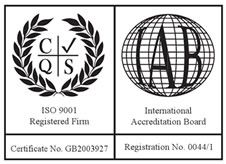